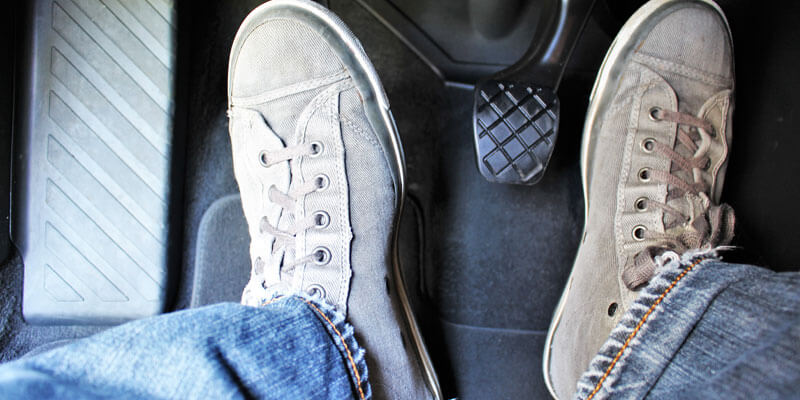 As a new driver, all of your friends that think they know what they’re talking about we keep going on and on about clutch control and constantly say that learning to drive is all about that and how easy it is.

Of course, understanding how the clutch works and getting used to it is an important part of learning to drive. However, controlling a car isn’t overly reliant on clutch control, biting points and the engine.

Learning how to control the clutch

One thing clutch control isn’t, is easy. If you have never driven a car before then you’ll find the clutch a little tricky at first, but you’ll get used to it and after a few lessons you’ll be a lot more confident, unless you’re driving an automatic then its something that you wont have to worry yourself with.

So how does the clutch work?

The clutch on a car is a pretty simply concept but it does take some getting used to. There are two friction plates that combine together when pressure is applied to create the power required to get the car moving.

The various uses for the cars clutch:

As we mentioned previously, the clutch is an incredibly important part of the vehicles general operation, and without it you’re vehicle is going to struggle to move anywhere.

The clutch on your car has a number of uses. The most common is to help change gear, whether that be stationary or when on motion. You will engage the clutch fully and put the vehicle in the correct gear for the speed that you’re currently travelling. For pulling off, first gear is almost always used.

Secondly, the clutch can be used to control the vehicle when you’re slowing down. By engaging the clutch in combination with the footbrake you can prevent the vehicle from stalling.

And finally, the clutch can also be used to help you perform low speed manoeuvres such as turn in the road, reverse around a corner, and parking. The clutch can be used half engaged to provide greater control and better accuracy.

Clutch control is something that is covered immensely on our intensive driving lessons in Milton Keynes – you can contact us for further details.

Practice your clutch control whenever possible:

If you have never driven before and you’re taking your driving lessons for the first few times, then you’re not going to master the clutch right away, but with a little practice it wont take you too long.

You should try to practice whenever you can; whether that be privately with a friend or family member or on a driving lesson with your chosen instructor.

There are some great ways for you to practice your clutch control and your instructor will be able to teach you these. However, the most common and most successful way to practice is to find a quiet road on a slight hill. Engage the clutch and provide the car with enough gas to build up the revs.

Practice bringing the clutch up slowly so that you can find the biting point – if you release the handbrake the vehicle should stay in the same position without moving.

Learning to Drive: How to Stop the Car Safely Previous Post